ABOUT THE PRISON BREAK SEASON 5

Prison Break is an American television serial drama created by Paul Scheuring for Fox. The series revolves around two brothers, Lincoln Burrows (Dominic Purcell) and Michael Scofield (Wentworth Miller); Burrows has been sentenced to death for a crime he did not commit, and Scofield devises an elaborate plan to help his brother escape prison and clear his name. The series was produced by Adelstein-Parouse Productions, in association with Original Television and 20th Century Fox Television. Along with creator Paul Scheuring, the series is executive produced by Matt Olmstead, Kevin Hooks, Marty Adelstein, Dawn Parouse, Neal H. Moritz, and Brett Ratner who directed the pilot episode. The series’ theme music, composed by Ramin Djawadi, was nominated for a Primetime Emmy Award in 2006. 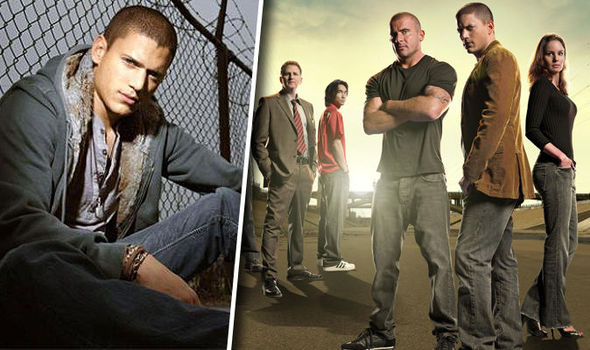 The series was originally turned down by Fox in 2003, which was concerned about the long-term prospects of such a series. Following the popularity of serialized prime time television series Lost and 24, Fox decided to back production in 2004. The first season received generally positive reviews, and performed well in the ratings. The first season was originally planned for a 13-episode run, but was extended to include an extra nine episodes due to its popularity. Prison Break was nominated for several industry awards, including the 2005 Golden Globe Award for Best Television Series Drama and the 2006 People’s Choice Award for Favorite New TV Drama, which it won. In the United States, all five seasons have been released on DVD and released on Blu-ray internationally.

Seven years after his apparent death, Michael Scofield resurfaces in the notorious Ogygia Prison in Sana’a, Yemen, under the name Kaniel Outis. As the country is engulfed by war, two of Michael’s old friends, his brother Lincoln Burrows and fellow Fox River escapee Benjamin “C-Note” Franklin, risk their lives by traveling to Yemen to bring Michael home. Back in the United States, Michael’s wife Sara, now remarried, is hunted by agents of an operative known as Poseidon, the one responsible for Michael’s disappearance.